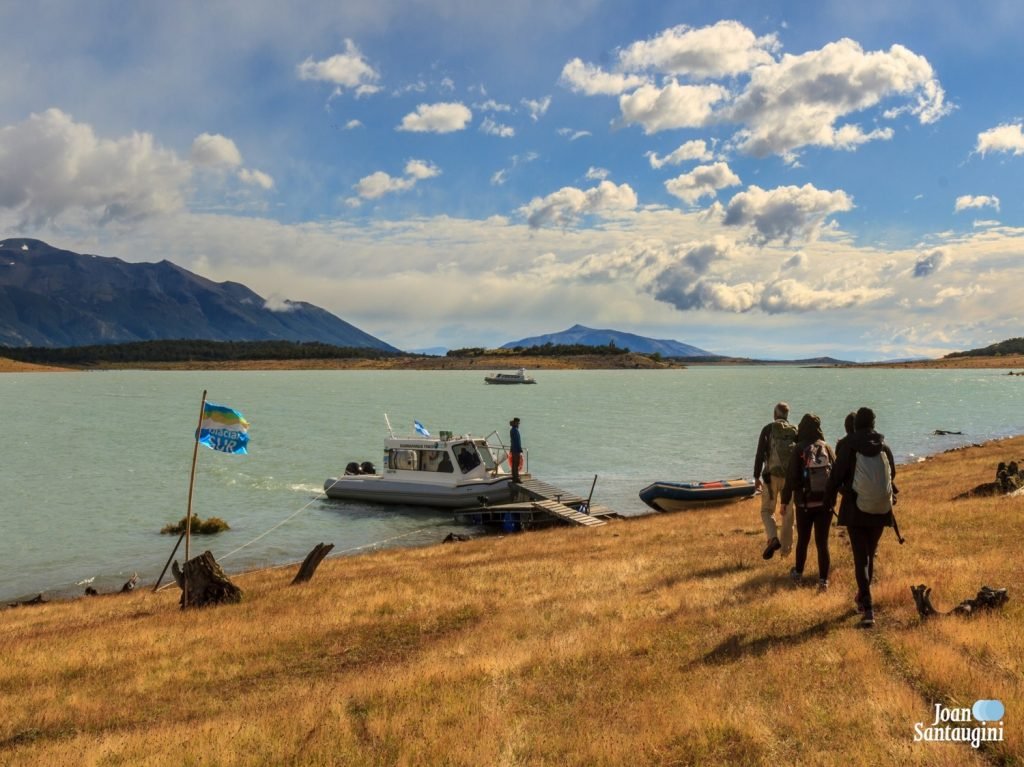 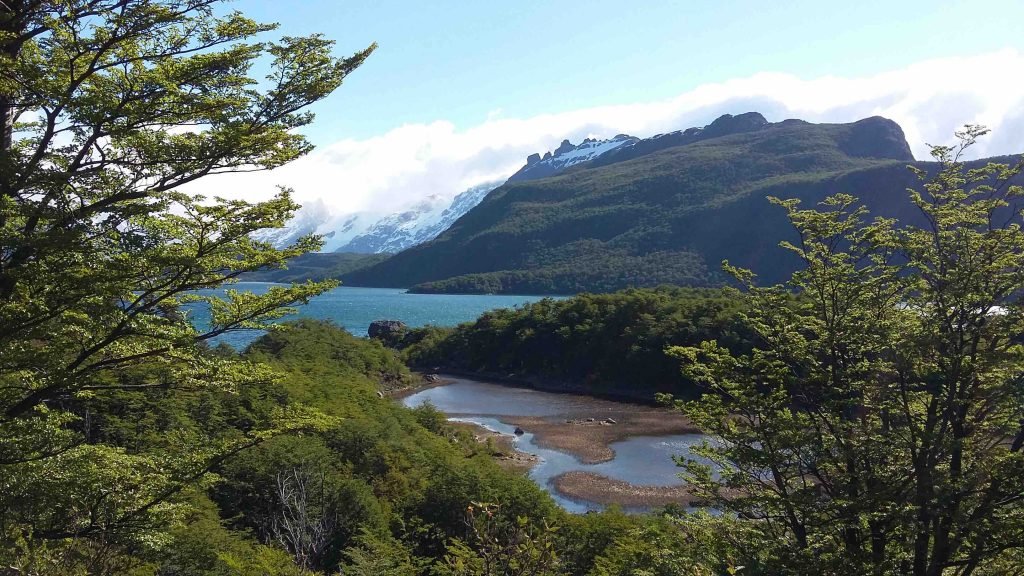 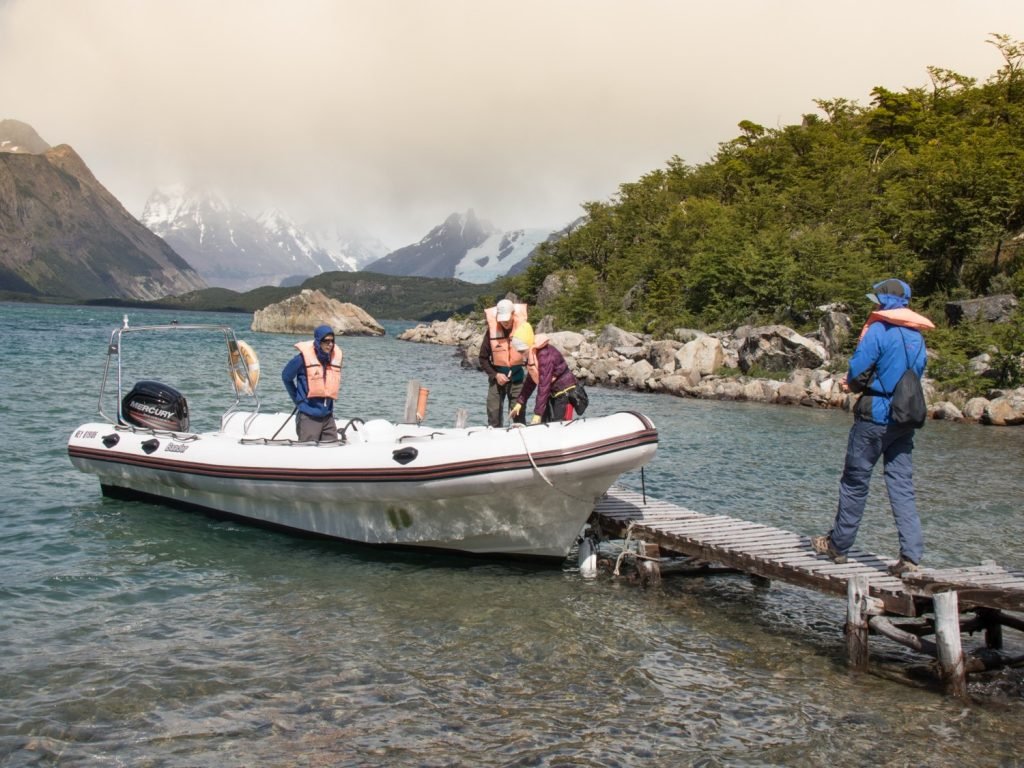 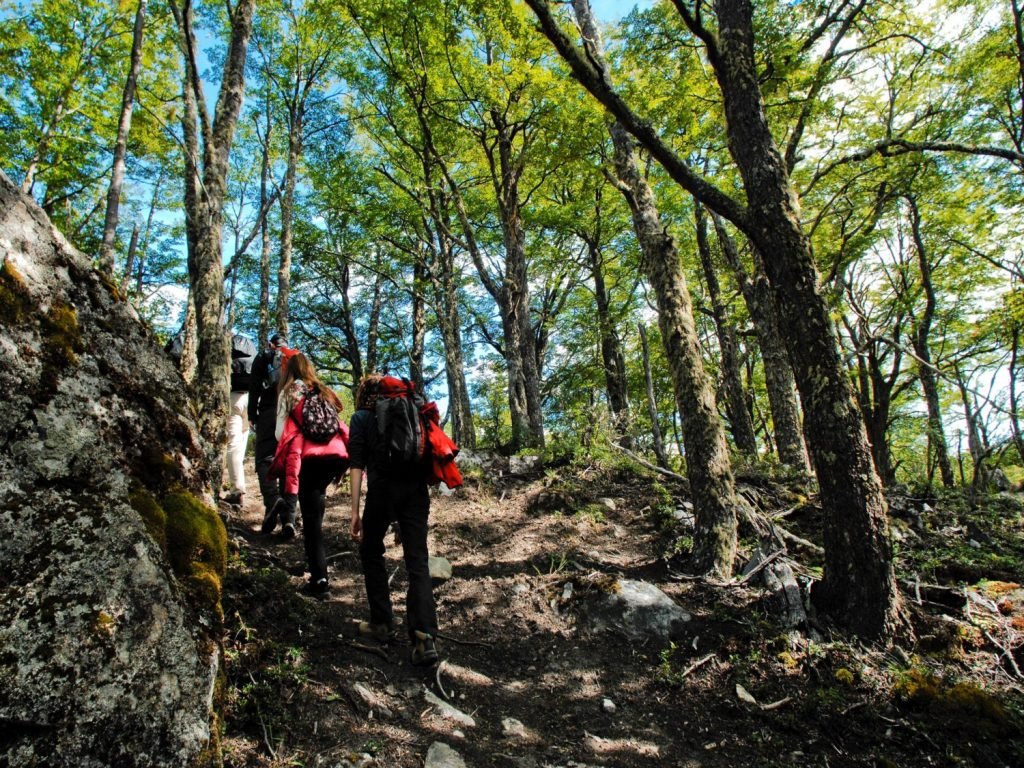 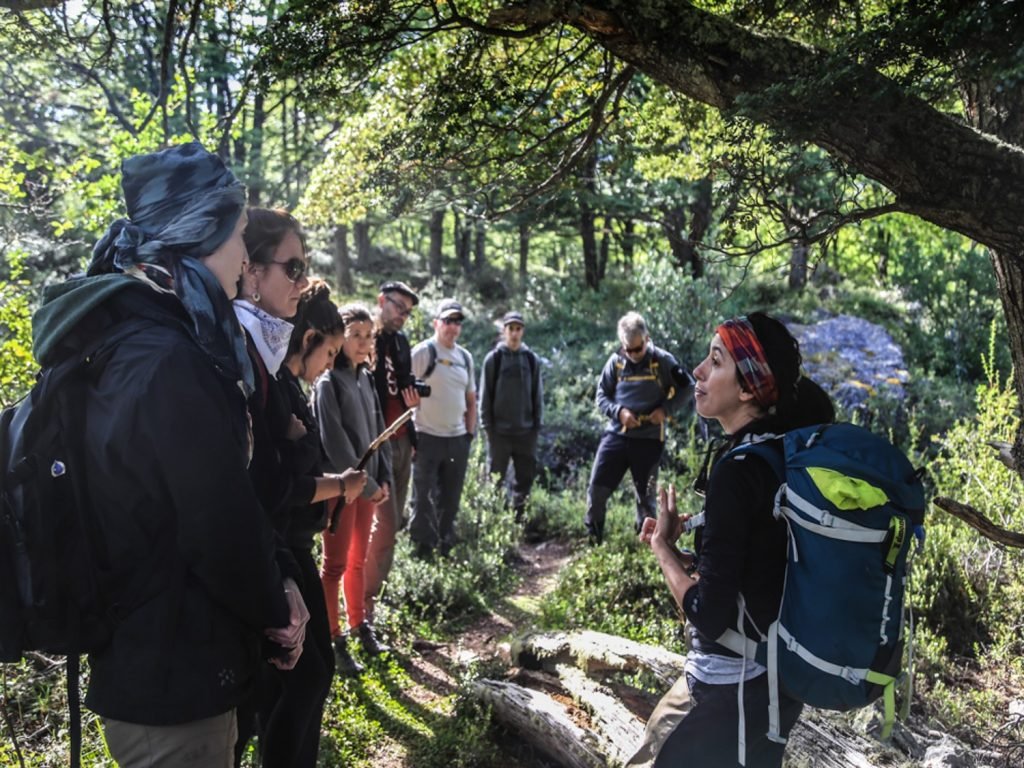 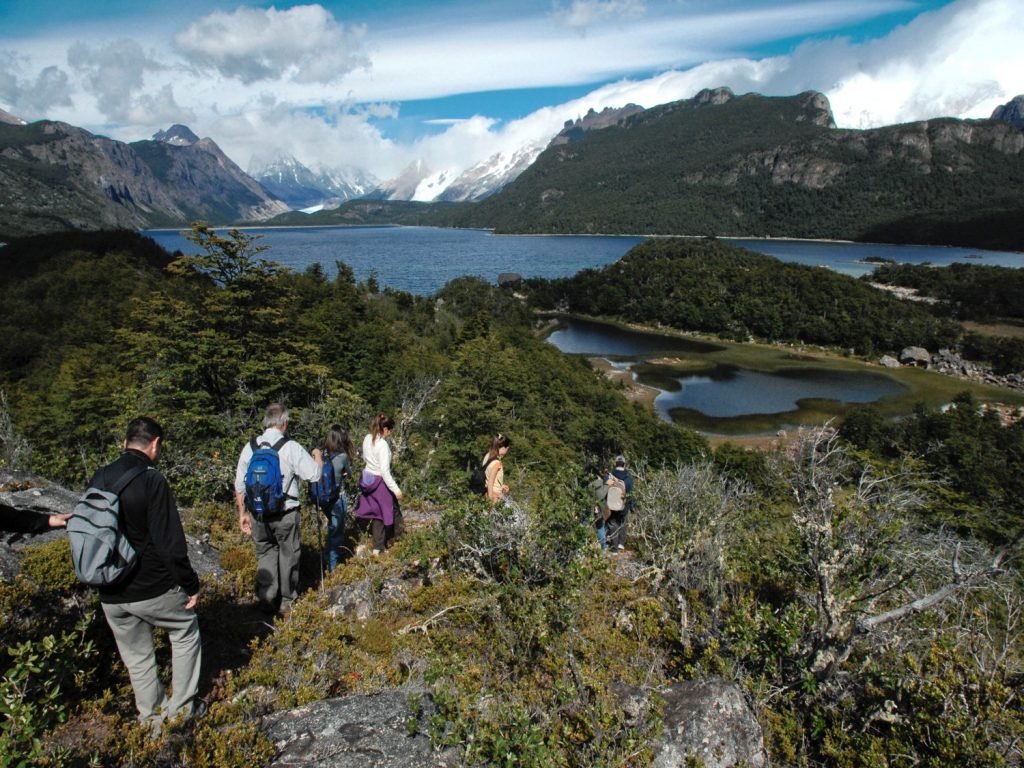 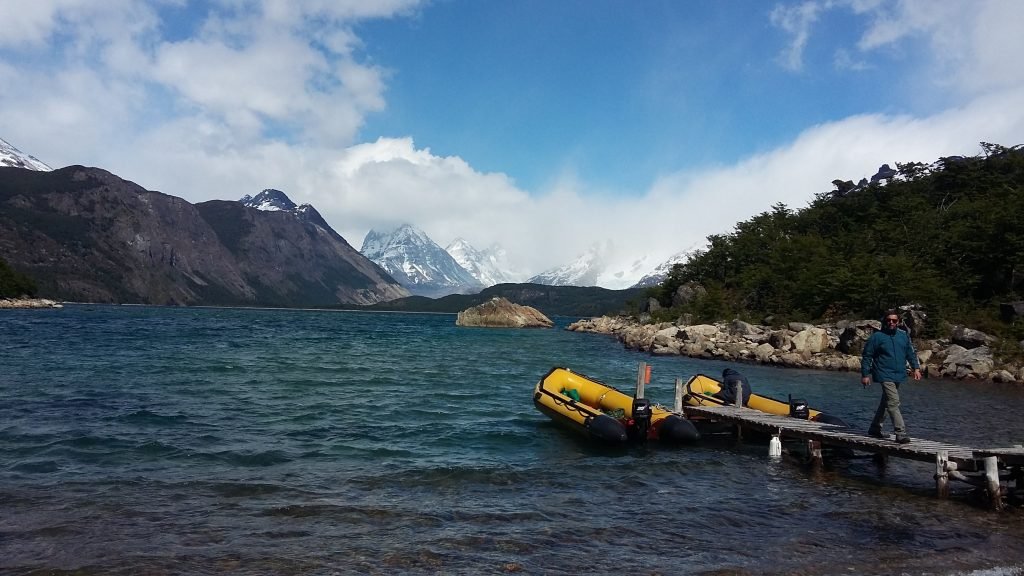 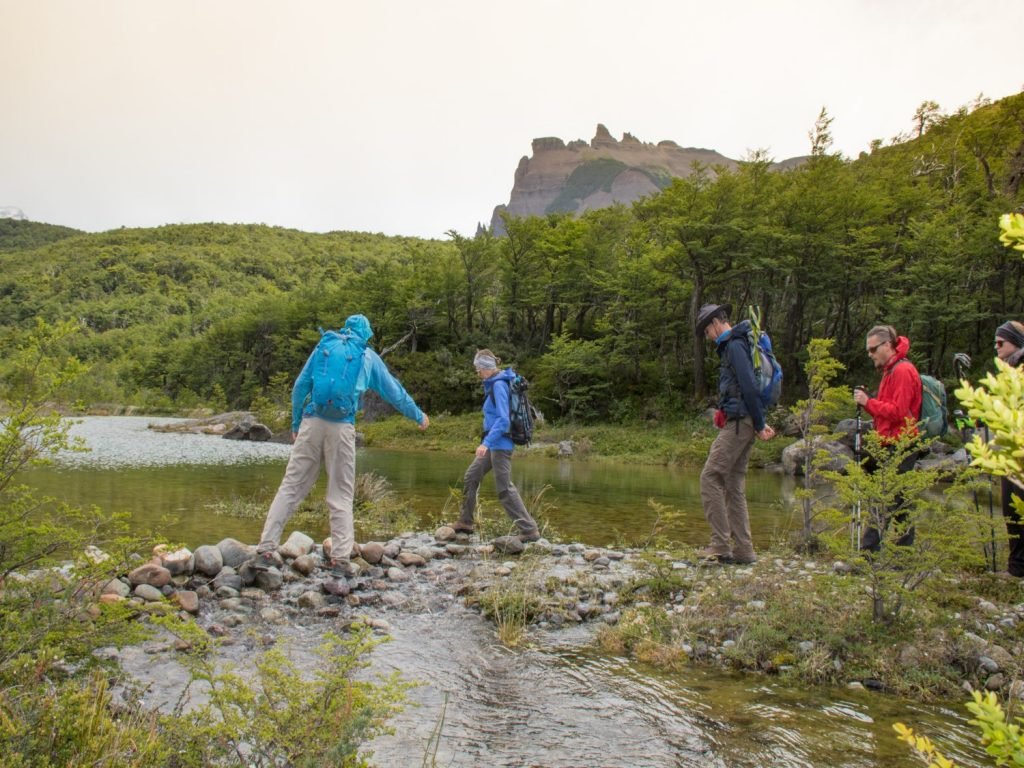 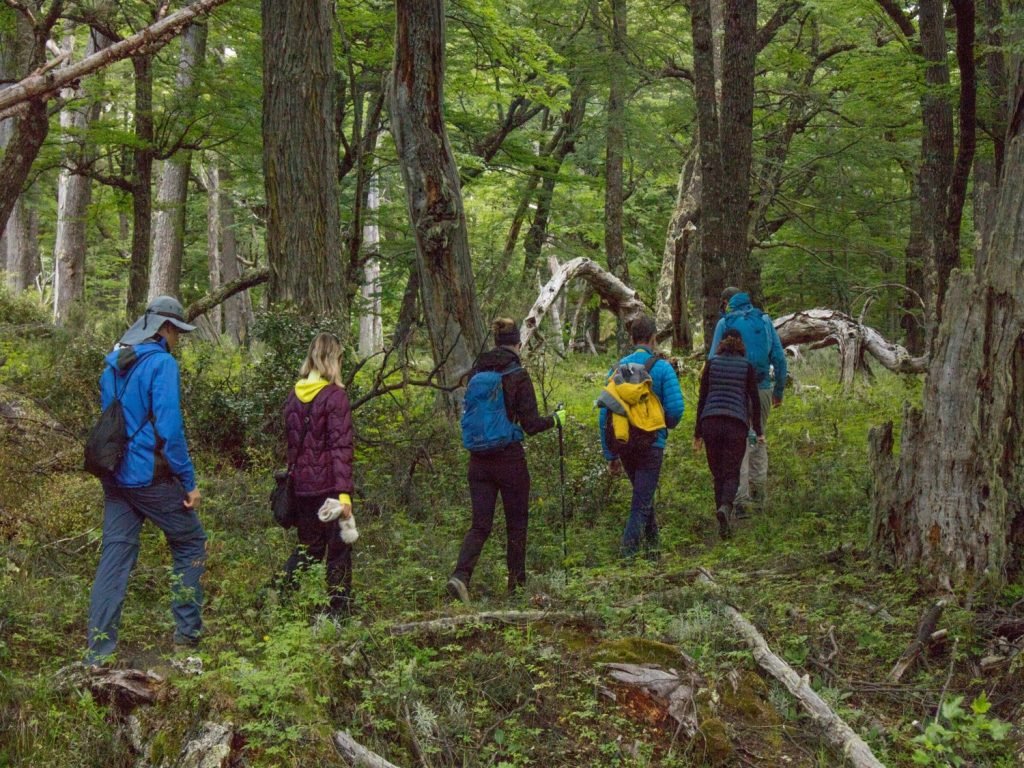 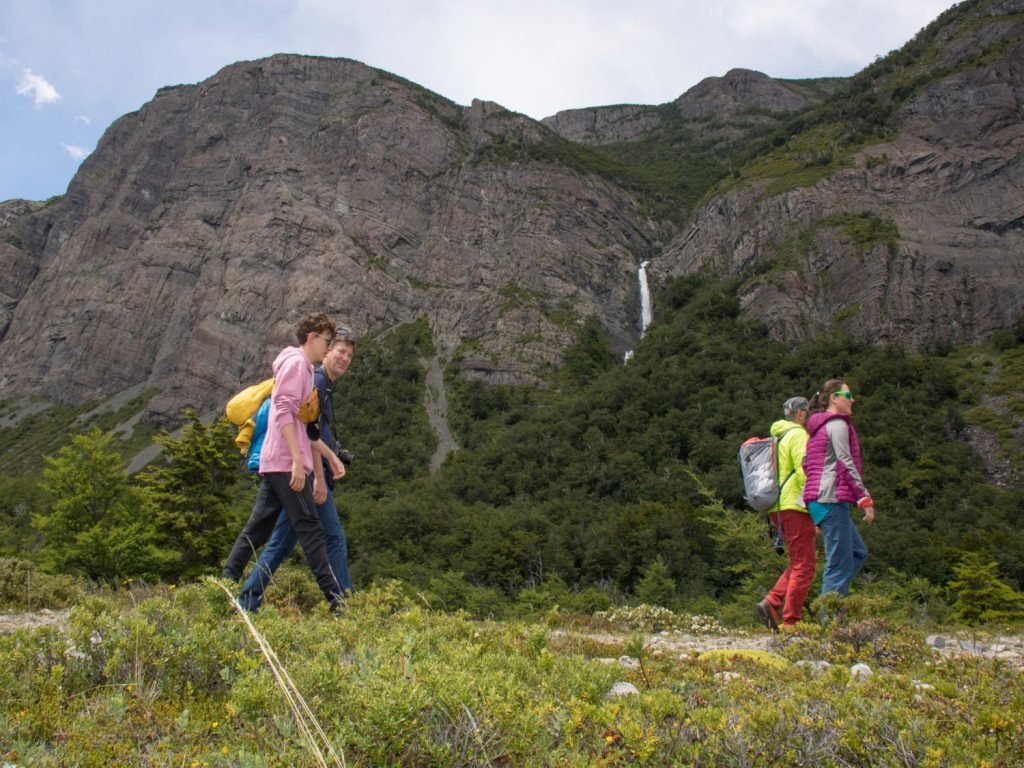 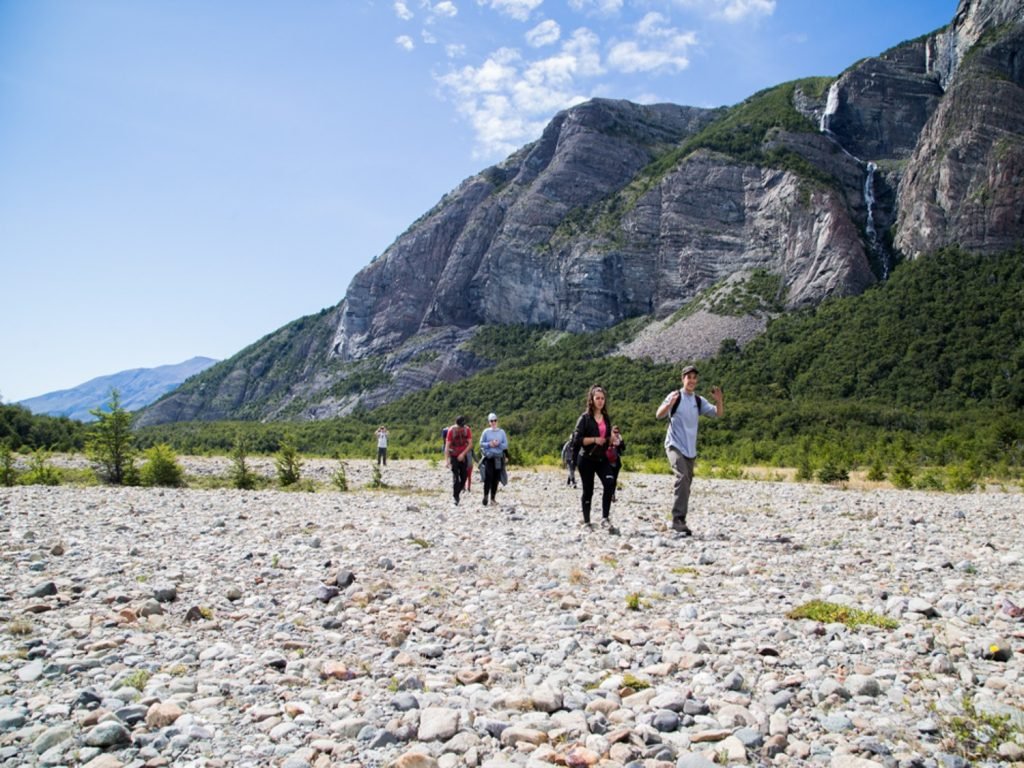 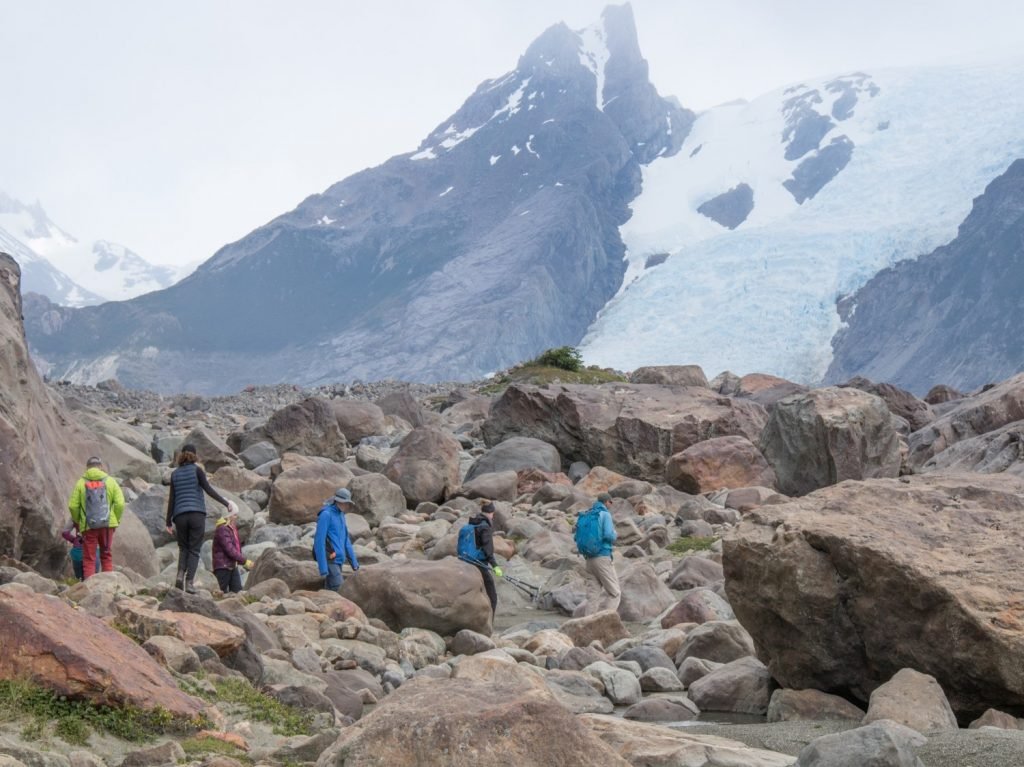 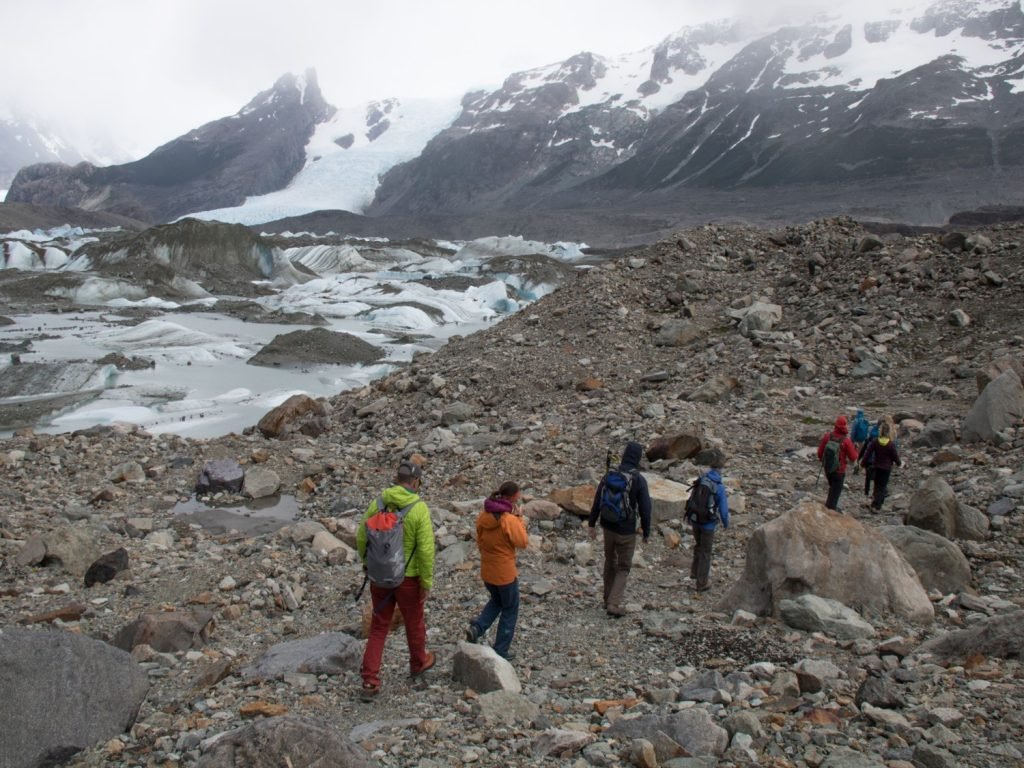 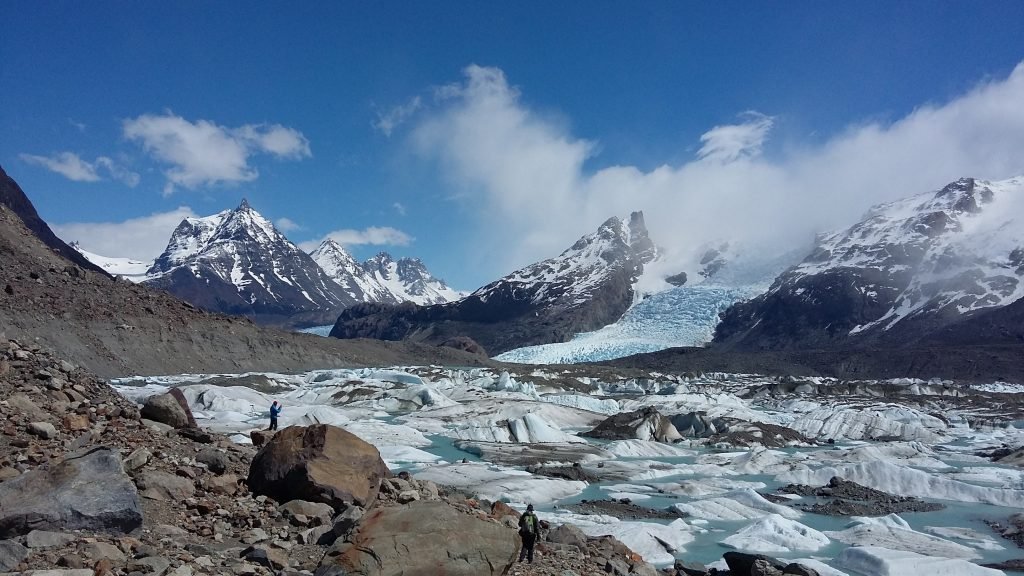 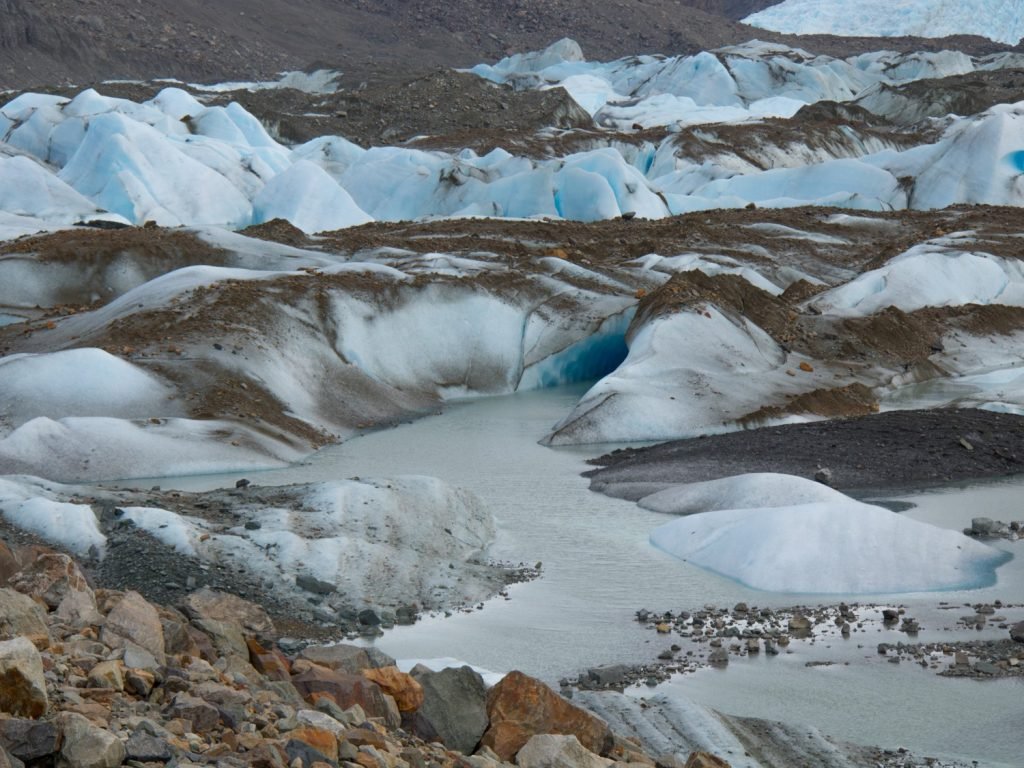 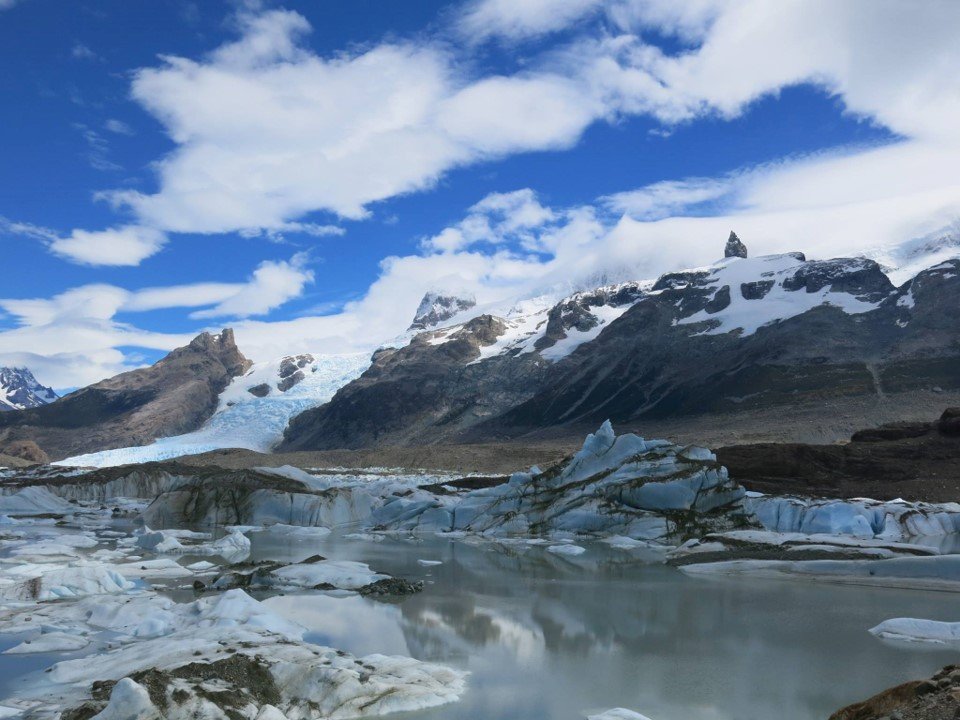 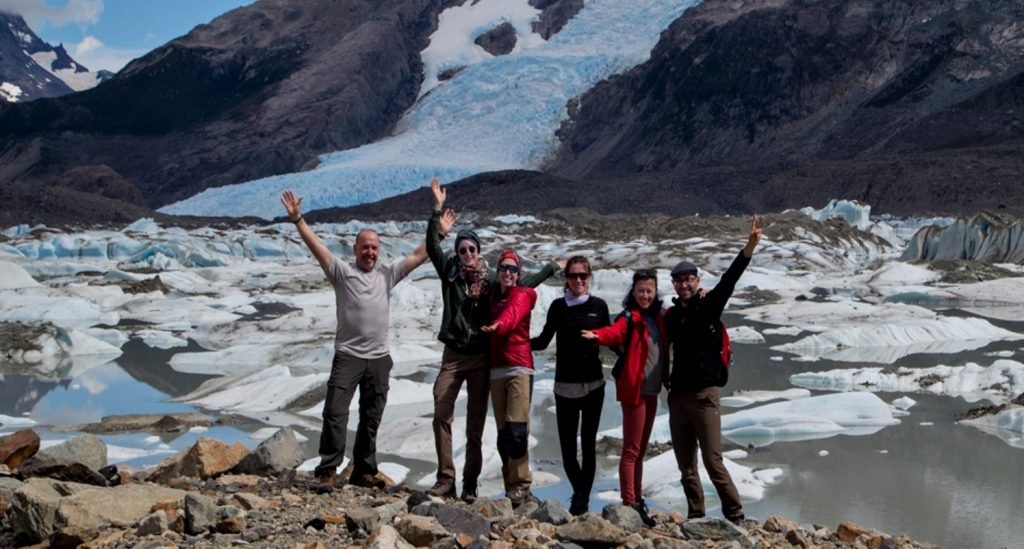 A journey into one of the wildest and least visited sectors of the Los Glaciares National Park.

We’ll be picked up early in the morning from our hotel in El Calafate. After travelling for 60 km along a dirt road known as “Camino de las Estancias”, we reach the Los Pioneros jetty, in the southern part of the Park.

After an hour’s sail, we’ll disembark at the end of the southern face where our first, 2-km trek begins, to the Frías Lake.

We’ll cross the lake in zodiac, and land on the opposite side, where we begin the second hike, this time 4.5 kms. We trek through a forest with centennial lenga beech, and then an ancient glacier valley, until finally reaching the upper part of Frías Lake, which is covered by icebergs, and offers views of the Dickson, Cubo and Grande glaciers. After lunch, we begin our return journey, happy at having seen a place of pristine natural beauty, which very few people have the privilege of witnessing. 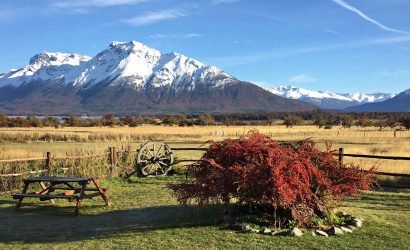 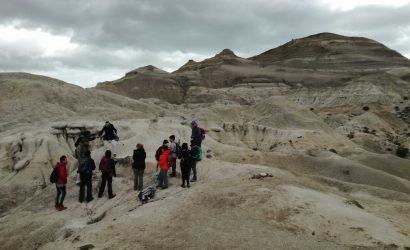 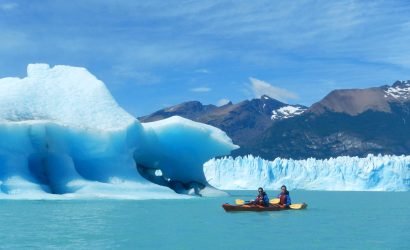 Kayak in front of glacier 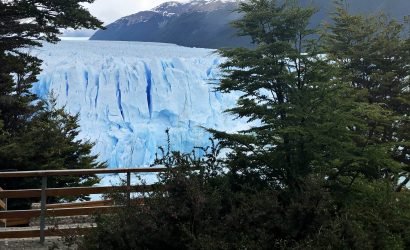 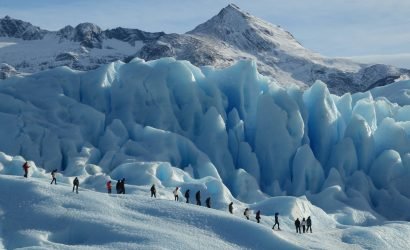 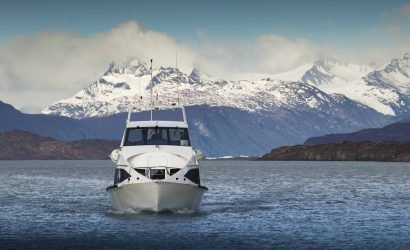 We are still working - from home!

We don't want to stop you dreaming and we don't want to stop working!
The fresh air of Patagonia and its spectacular landscapes await you.
We guarantee you an unforgettable holiday.
Contact us and let us help you plan a safe and fun packed break for now or in the future!
Contact us!
COVID-19